Just click on the link to be taken straight to the library catalogue where, if we don’t have a copy in stock, you can order your book for delivery to Thirsk. It’s just £1 to order adult books and children’s are free! More fees and charges ts and cs here.

The girl who saved Christmas 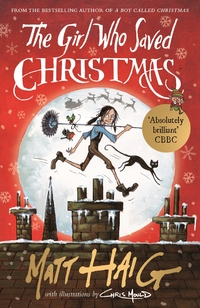 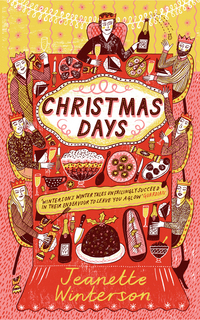 For years Jeanette Winterson has written a new story at Christmas time and here she brings together twelve of her brilliantly imaginative, funny, and bold tales, along with twelve delicious recipes for the twelve days of Christmas. 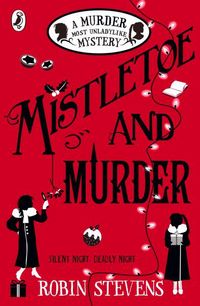 Daisy Wells and Hazel Wong are spending the Christmas hols in snowy Cambridge. Hazel has high hopes of its beautiful spires, cosy libraries, and inviting tea-rooms – but there is danger lurking in the dark stairwells of ancient Maudlin College. Three nights before Christmas, there is a terrible accident. At least, it appears to be an accident – until the Detective Society look a little closer, and realise a murder has taken place. Faced with several irritating grown-ups and fierce competition from a rival agency, they must use all their cunning and courage to find the killer (in time for Christmas Day, of course)! 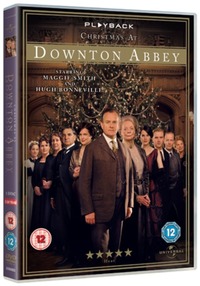 (Hugh Bonneville, Maggie Smith.) Christmas 1919. Downton Abbey is hosting a lavish Christmas party, yet despite being the season of goodwill, tensions are rife and Bates’ arrest has cast a shadow over the festivities. Will he be a condemned man or will he be found innocent in time to dance with his new wife at the annual servants’ ball? Mary has to consider her future with Sir Richard Carlisle following a contretemps at the shooting party and Violet has concerns about Rosamund, whose new suitor – the dashing but raffish Lord Hepworth – is not all he seems!

A nostalgic Christmas DVD to get you in the festive mood! 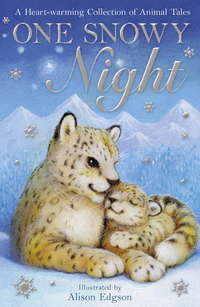 On a snowy night, a boy befriends a yeti, and a rabbit helps Jack Frost sprinkle ice and snow. A collection of cosy animal stories, perfect for bedtime reading. Featuring much-loved authors including Holly Webb, Jeanne Willis and Linda Chapman. The ideal Christmas gift for sharing as a family! 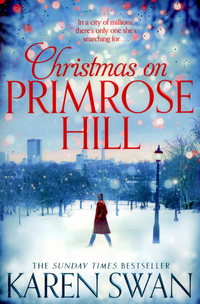 Twinkling lights brighten London’s Primrose Hill as Christmas nears – but for Nettie Watson, it’s not parties and presents that she wants. For Nettie, Christmas only serves as a stark reminder of the life she used to have – a life of peace and calm, before she became a global name and attracted the attention of one of the world’s most eligible men, famous front man Jamie Westlake. But now she has his attention, does she want to keep it?

Homemade Christmas: create your own gifts, cards, decorations, and recipes 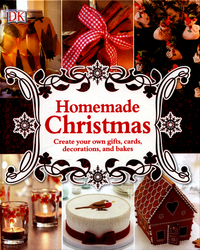 D’Homemade Christmas’ is the perfect source of festive inspiration for creating thoughtful, personalised gifts and decorations for your loved ones. Discover 100 simple decorations, recipes, gifts, cards, and Christmas craft projects, from garlands and gift boxes to mince pies and marzipan.

Get crafting as a family! 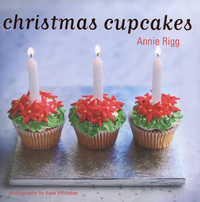 With more than 25 easy-to-follow recipes for delicious and imaginative Christmas cupcakes, this book can suit all tastes and flavours!

Cookery books from the library for all ages and abilities 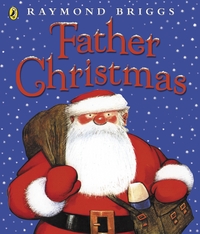 Father Christmas awoke from his dream of summer in the sun, and there it was on the calendar, December 24th, Christmas Eve – the start of his longest night’s work of the year!

Perfect for all ages 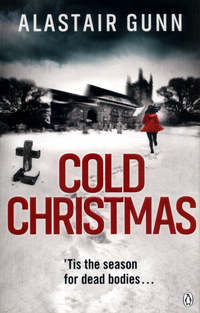 Nobody remembers the young men entering the abandoned London flat a few weeks ago. Nobody cares if they left. Until the unbearable smell of decay. DCI Antonia Hawkins is called in to view the dead men; three, lying neat in a row. There’s no damage to the bodies, no obvious cause of death. Is this a suicide pact? Or is that just how it’s meant to look? But Hawkins soon discovers the link between the three men. They had all been fascinated by the supernatural and the occult. And they had recently met in a tiny village just outside London. A village named Cold Christmas…

A festive murder for crime fans 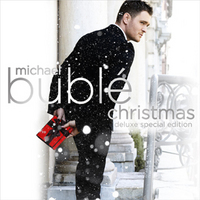 The library service in North Yorkshire holds music CDs that you can borrow for just £1.50 for three weeks – click for the whole catalogue of Christmas music! 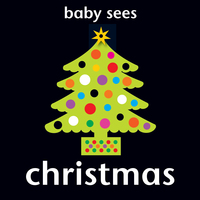 Perfect for even the smallest newborn baby! 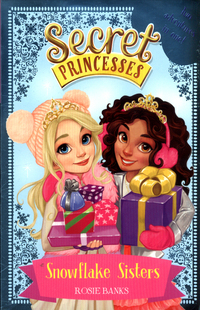 ‘Snowflake Sisters’ is a special bumper long book for even more magical fun! In this winter special, trainee Secret Princesses Charlotte and Mia must grant the Christmas wish of two sisters, Holly and Ivy. But will horrid Princess Poison ruin their family Christmas? Join Charlotte and Mia in this brilliant adventure full of princess sparkle and Christmas excitement! 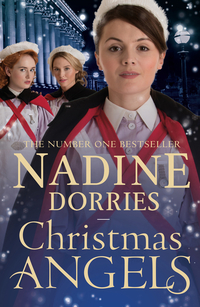 Christmas may be the season of goodwill, festive cheer and family cheer for some – but not for the poor of 1950s Liverpool. And for St Angelus Hospital in Lovely Lane, it is frantically busy. There are the old, the dying, the children – and the emergencies. The nurses, known locally as the Angels of Lovely Lane, are run off their feet. Dana, Beth, Pammy and Victoria hardly have time to catch their breath, let alone have a Christmas of their own

A family saga for the festive season 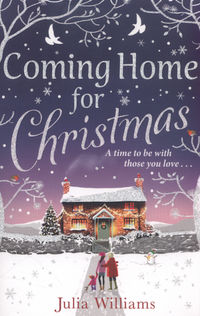 Cat Tinsall, Pippa Holliday and Marianne North are all facing various challenges in life. As the close-knit village community of Hope Christmas pulls together to battle ruthless plans from local developers, it looks like each of these three women needs a miracle. But as Christmas approaches, bringing with it more than one surprising turn of events, it appears they might just find one 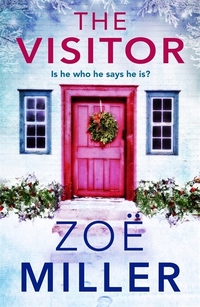 Izzie Mallon had expected to spend Christmas with her husband Sam in their beautifully restored apartment on the top floor of a Georgian house in Henrietta Square. But when Sam dies suddenly in an accident, Izzie faces Christmas alone, shutting out her neighbours, and her family. But then her husband’s long-time friend, Eli Sanders, arrives on her doorstep, his flight home to America diverted to Dublin just before the snowbound airport closed. Izzie has never met Eli in person but knows the strong bond between the two men. But as Izzie discovers more about Eli, cracks in his story begin to show. All is not as it seems but can Izzie see through her grief before it’s too late? And what does Eli want from her?

Modern fiction from a new author 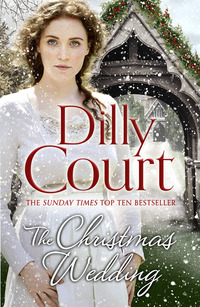 The new novel from the Sunday Times bestselling author. The perfect heartwarming romance for Christmas

A new novel by the legendary Dilly Court! 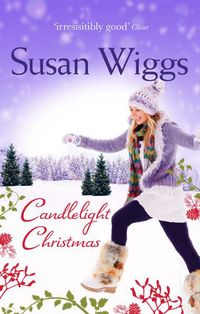 A single father who yearns to be a family man, Logan O’Donnell is determined to create the perfect Christmas for his son, Charlie. The entire O’Donnell clan arrives to spend the holidays in Avalon, a postcard-pretty town on the shores of Willow Lake, a place for the family to reconnect and rediscover the special gifts of the season. One of the guests is a newcomer to Willow Lake – Darcy Fitzgerald. Sharp-witted, independent and intent on guarding her heart, she’s the last person Logan can see himself falling for. And Darcy is convinced that a relationship is the last thing she needs this Christmas. Yet between the snowy silence of the winter woods, and toasty moments by a crackling fire, their two lonely hearts collide. 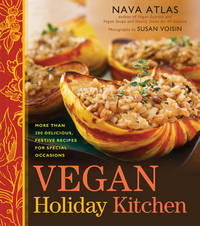 Have yourself a happy vegan holiday! This exciting, inviting cookbook by veteran author Nava Atlas brilliantly fills the biggest gap in the vegan repertoire with more than 200 delectable, completely doable recipes for every festive occasion.

The Big Book of Christmas Mysteries Sixty classic Christmas crime stories gathered together in the largest anthology of its kind ever assembled – Festive felonies, unscrupulous santas, deadly puddings, and misdemeanors under the mistletoe…

From Victorian detective stories to modern mysteries, police procedurals to pulp fiction, comic gems to cozy crime, there’s something for every festive mood in this must-read collection starring sixty of the world’s favourite detectives. 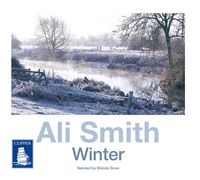 Bleak. Frosty wind, earth as iron, water as stone, so the old song goes. The shortest days, the longest nights. The trees are bare and shivering. The summer’s leaves? Dead litter. The world shrinks; the sap sinks. But winter makes things visible. And if there’s ice, there’ll be fire. In Ali Smith’s ‘Winter’, lifeforce matches up to the toughest of the seasons.

Available as an eBook and eAudiobook completely free to download

Who let the gods out? 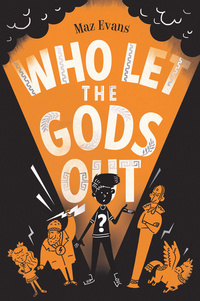 A shooting star crashes to Earth and changes Elliot’s life forever. The star is Virgo – a young Zodiac goddess on a mission. When the pair accidentally unleash the wicked death daemon Thanatos, they turn to the old Olympian gods for help. But after centuries of cushy retirement on Earth, are Zeus and his crew up to the task?

The lion, the witch and the wardrobe 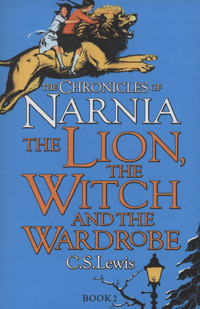 In this children’s classic, Lucy finds that an old wardrobe in a professor’s country house is a gateway to a magical land of fauns, centaurs, nymphs and talking animals – but also of the beautiful but evil White Witch who has held the land of Narnia in eternal winter for a hundred years.

A classic children’s novel available as an ebook

Browse, reserve and renew all year round 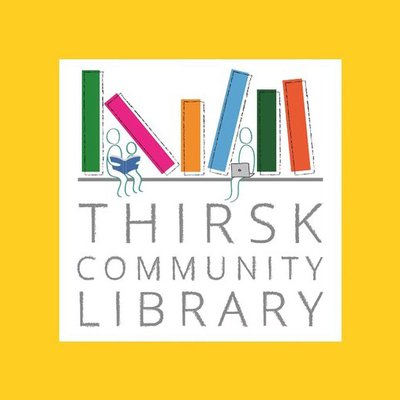 Ask us in the library for your pin number and you can order and renew books online all year round. And children’s books are FREE! We’re looking forward to seeing you in 2020 – all the best to you and yours.

We’re going to share festive treats with you from the North Yorkshire library service catalogue in our Thirsk Community Library Advent Calendar, every day until Christmas.